t present, there are roughly more than 300 pieces of Yuan blue-and-white porcelain in the world’s collections, and a considerable part of them are stored overseas, such as Iran, Turkey, Britain, France, the United States, Indonesia, Singapore, the Philippines, Japan, India, and other countries. In particular, the Topkapi Museum in Turkey and the National Museum of Iran have the largest collections. The former has 40 pieces and the latter has 32 pieces. There are about 120 items in the domestic collection. Nearly one tenth of them are collected in a museum, namely the Gaoan Yuan Qinghua Museum in Jiangxi Province, which is the first museum in the world named after Yuan Qinghua . 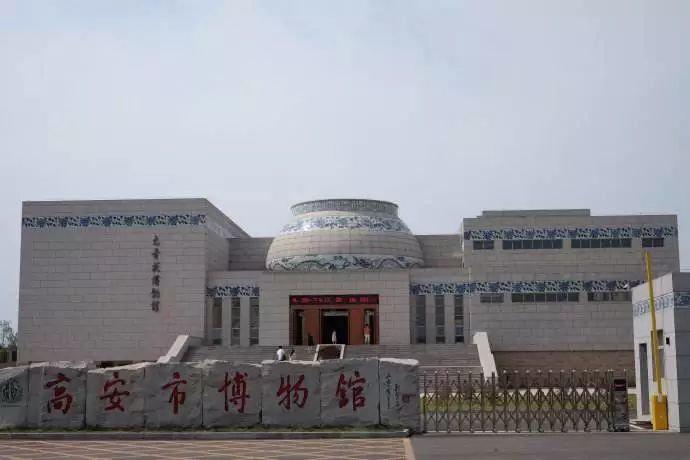 The reason why there are so many blue and white porcelains in this museum stems from a cellar discovery that caused a sensation in the world 38 years ago.

Gaoan City is located in the northwestern part of Jiangxi Province and has a long history. It was established as a county during the Han Gaozu period more than two thousand years ago. The excavation site of these blue and white national treasures is an ordinary residential area in Gao’an City, which was once the site of the Jiangxi Second Electric Machine Factory. 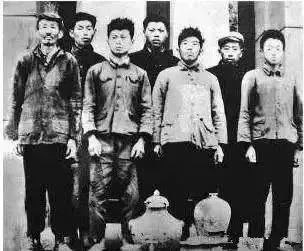 In November 1980, 8 migrant workers who discovered the national treasure

On the afternoon of November 29, 1980, Liu Yuhei, the curator of the Gaoan County Museum at the time, received an emergency call: Workers from the Electrical Machinery Factory found a crypt containing a large amount of porcelain during the construction process. This is a circular cellar with a layer of tin sheets on the cellar. It is about 1.6 meters deep from the ground and about 2 meters in diameter. A large pot is placed on the surface of the crypt. Open the large pot and many small items are placed in the cellar. internal.

The cultural relics that were cleared at that time were filled with six baskets, totaling 239 pieces of porcelain. In addition, there are 4 bronzes and 2 irons, totaling 245 pieces. Later, after careful comparison and research by experts, it was found that the excavated porcelains were of very high specifications, mainly from the mouths of Jingdezhen kilns, as well as artifacts from Longquan, Jun, and Cizhou kilns. 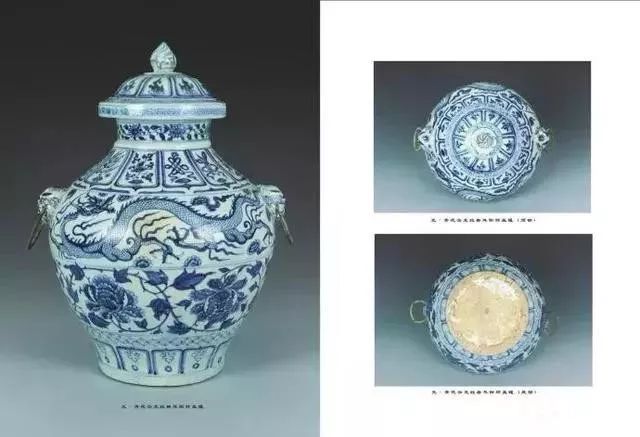 Seeing this scene, Liu Yuhei’s eyes dizzy, and he hurriedly said: “I am the curator of the museum, and the underground cultural relics are owned by the state. Please stop construction.” Then, the archaeological team entered the scene and started rescue excavations race against time. . 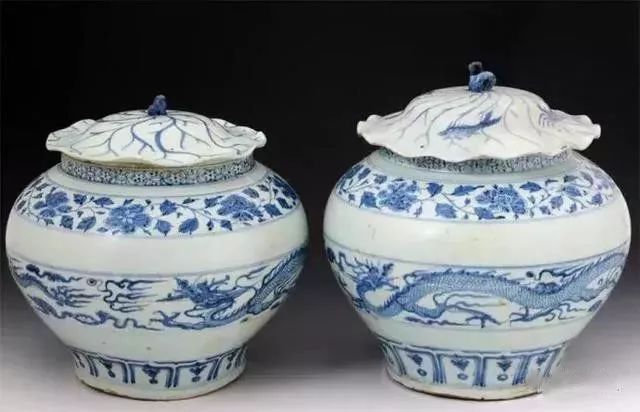 After digging through the night, the entire cellar was unveiled. The cellar is circular, with protective tin flakes on the surface, about 1.6 meters deep and about 2 meters in diameter. Larger vessels are placed on the cellar surface, and small pieces of porcelain are placed inside. The unearthed cultural relics are filled with 6 baskets, including 239 pieces of porcelain, 4 pieces of bronze, and 2 pieces of iron, totaling 245 pieces. 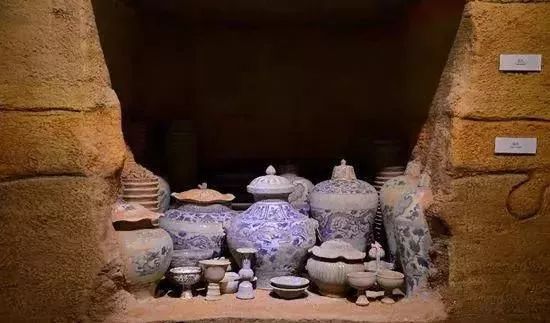 According to speculation, among the porcelain unearthed in the cellar, there are some artifacts that can only be used by the royal family. The most amazing of these are 19 blue and white porcelains from the Yuan Dynasty. The 19 pieces of Yuan blue and white include 9 goblet cups, 1 jar with cloud-dragon pattern lid, 2 jars with cloud-dragon pattern lotus leaf lid, 4 pieces of Yunlong pattern plum bottle with lid, 2 pieces of peony plum vase with tangled branches and banana leaf pattern flowers Goblets 1 piece. The most interesting is one of the goblets with poems: “I have been drunk for a hundred years in my life, but there are only 36,000 games.” It reads with pride. 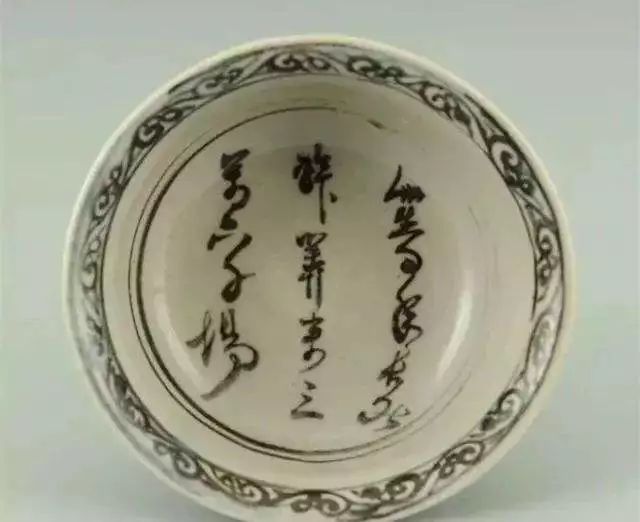 Not only the blue and white porcelains in the Yuan Dynasty, this batch of cellar porcelains unearthed in Gao’an are rare at home and abroad because of the large number of porcelains, the exquisite quality, the many shapes, and the great styles. Appraised by relevant experts of the State Administration of Cultural Heritage, 42 of them were designated as first-class cultural relics, and other types of porcelain were designated as national second-class cultural relics.

After the Yuan blue and white flowers were unearthed, due to safety factors and insufficient exhibition conditions, the scholars decided to seal these original blue and white flowers in the underground secret storehouse of the museum with one-meter-thick reinforced concrete. In the future, except for a few pieces Apart from being seconded to other places and exhibiting abroad, this batch of Yuan Qinghua has never been exhibited to the audience at the same time. 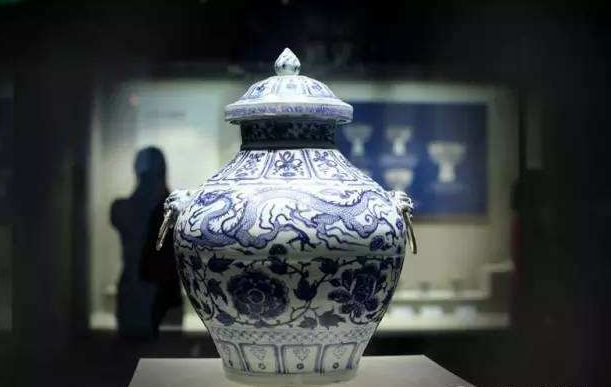 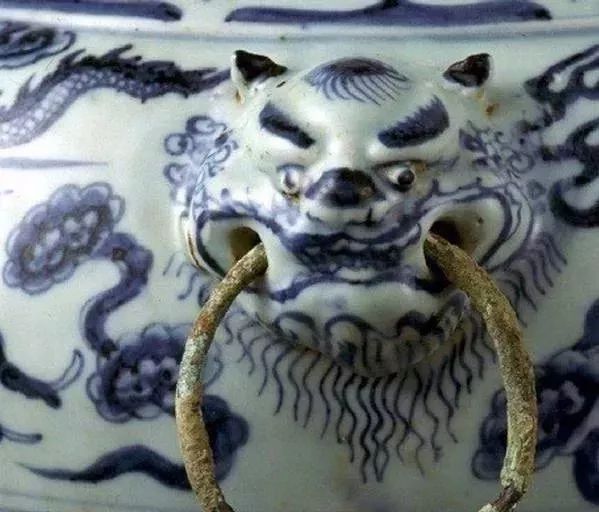 In terms of security, the Gaoan City Museum is also very cautious: no matter who enters the library, there are three thresholds. First, it must be personally approved by the curator, and enter with the deputy curator and custodian in charge of passwords and keys. In order to appreciate these national treasures.

After 30 years of secrecy, in 2010, the state invested more than 50 million yuan to build the Gao’an Yuan Blue and White Museum in Gao’an to collect these cellar porcelains. In August 2015, the museum opened, and the mysterious national treasure that fascinated the world finally appeared in front of the public at close range. 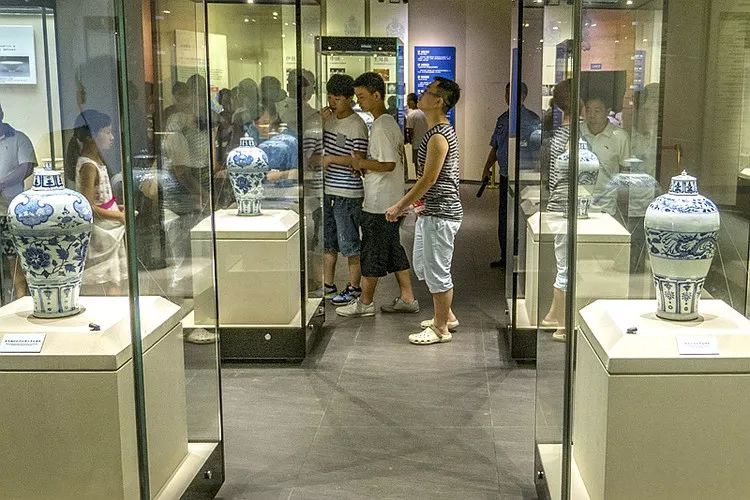 Let’s take a closer look at these treasures through a set of pictures. 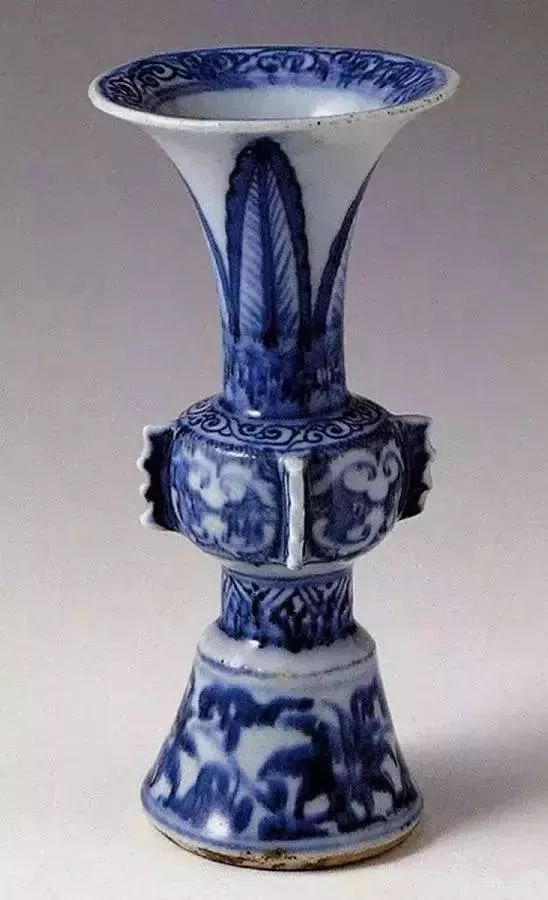 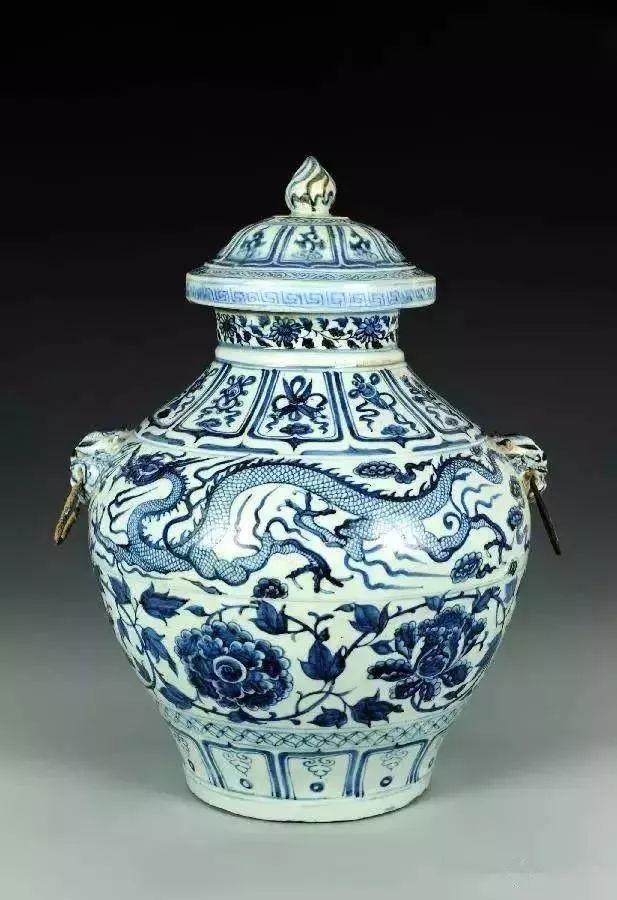 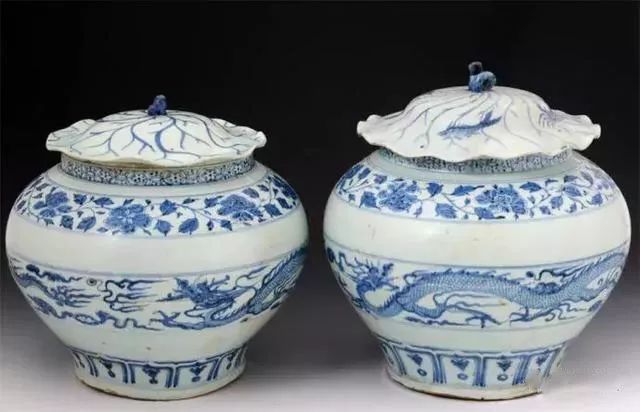 The six Confucian arts such as “ritual”, “le”, “book”, “number”, “shooting” and “imperial” are written on the inner wall and bottom of the six plum bottle caps. 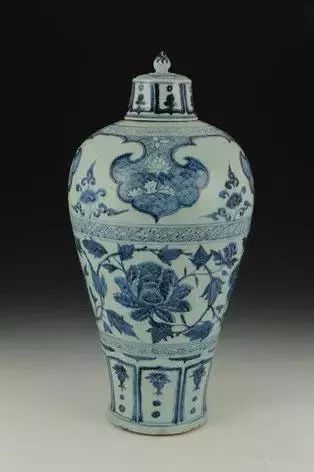 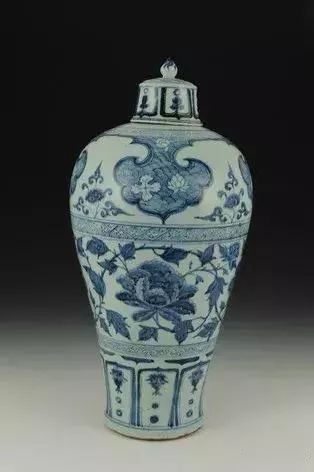 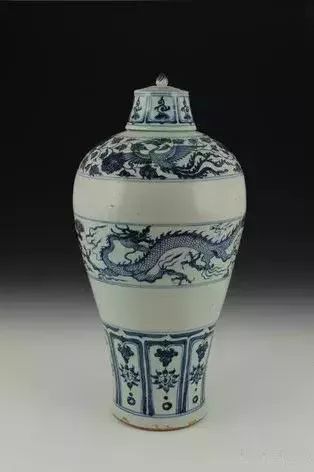 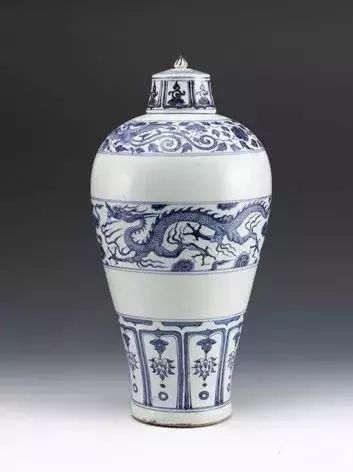 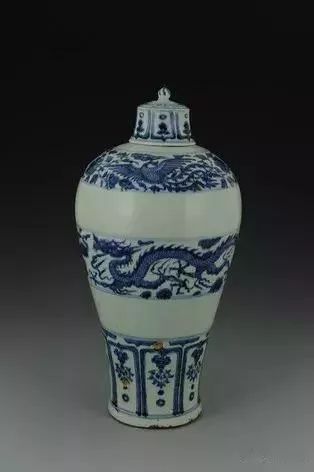 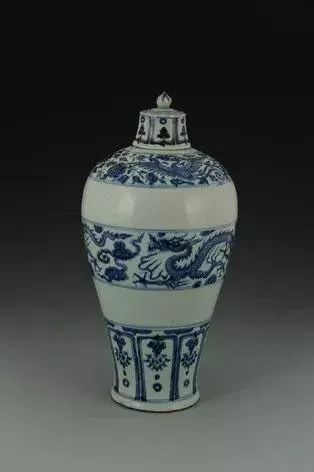 The Yuan blue and white goblet in the Gaoan Yuan Blue and White Museum is decorated mainly with folded peonies; but the blue and white color of the goblet is different from the nine large pots made of imported cobalt. The blue and white are grayish and the cup mouth is larger. There is a poem in the mouth of the cup. “One hundred years of life can be drunk, counted 36,000 games.” This is also the only poem inscribed in Yuan Qinghua. From the restoration picture, it can be seen that the goblet is also used by the Mongols to worship the world. 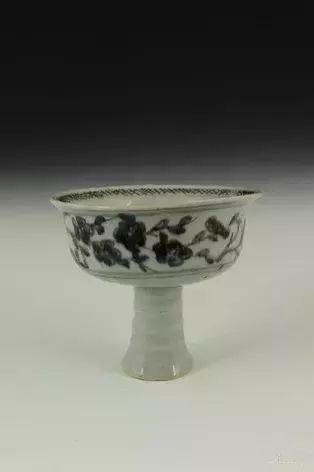 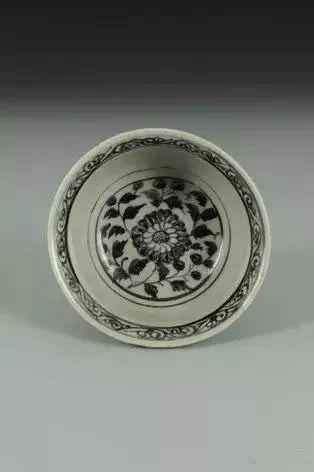 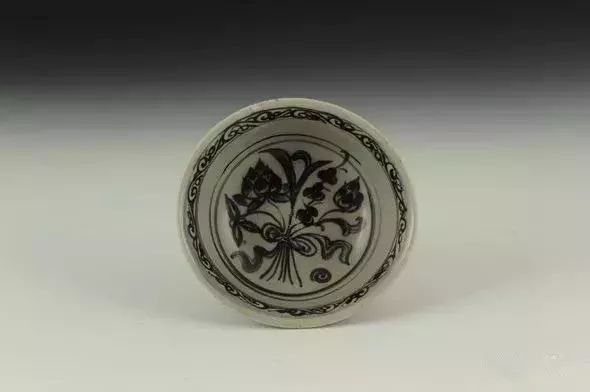 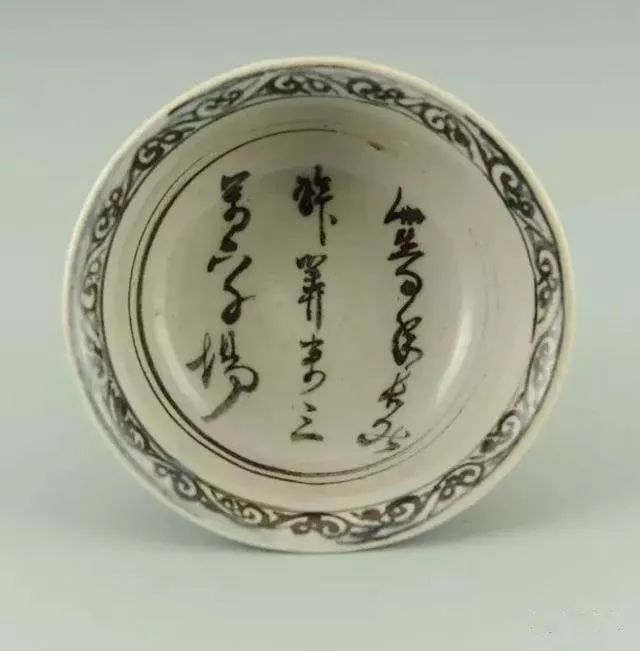 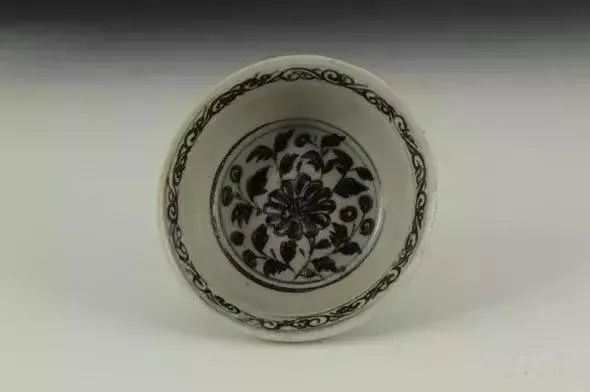 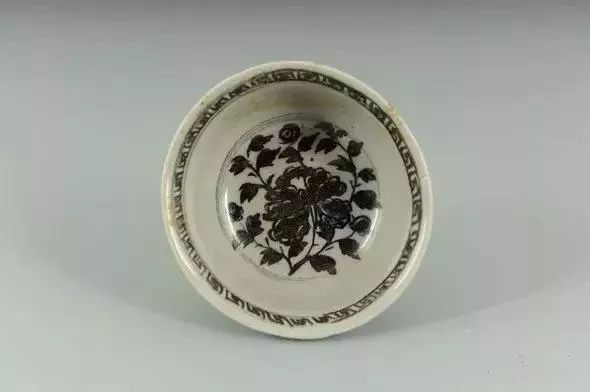 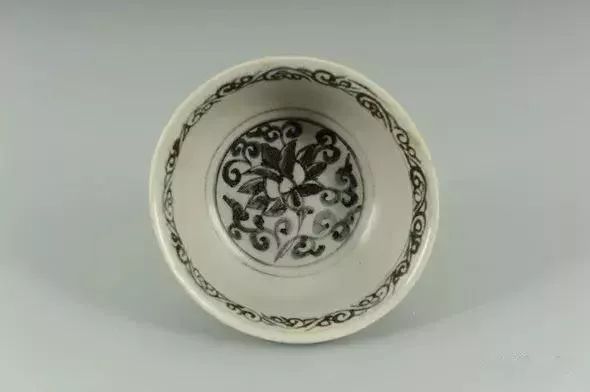 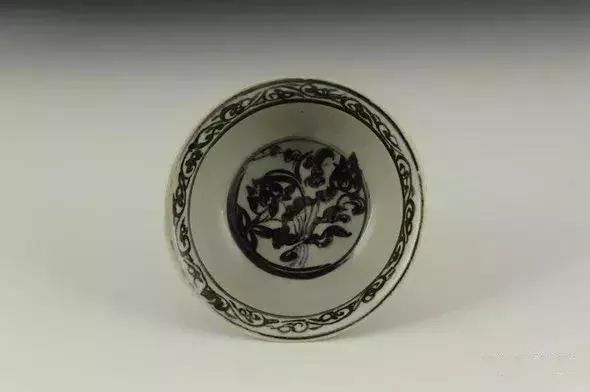 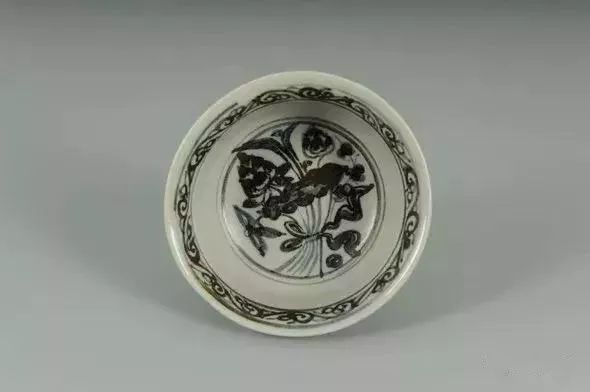